GLENS FALLS - Zachary Lane wheels some family possessions up to the family's new home as his mother Shanda moves out of the way on their moving day at the Village Green Apartments on Monday.

Shanda Lane was animated as she spoke about how nice it was going to be to have shower faucets that turned on and off easily and a toilet that didn't leak.

She was even more excited about another feature of the family's new Village Green apartment.

"And check this out -- we actually have a doorbell!" she said, as she reached outside the front door and rang the bell.

"I feel like a kid in a candy store," Lane gushed.

Lane, her fiance Bill Kearney and their five children were among the first families to move into the new apartments, which are being built to replace the Henry Hudson Town Houses complex between Hudson Avenue and Broad Street.

Three families moved in on Monday, and another three will move in each day for about the next week, said Devon Briggs, the local property manager.

The old adage about many hands making light work proved true, as the Kearney/Lane family moved into the new apartment.

"Lift it up and turn it sideways," Kearney instructed when it became evident the dining room table would not fit through the front door the way he and Lane were carrying it.

"Oh, that's going to be heavy, Mom. I tried it yesterday," chimed in Tia, as she watched the endeavor.

One of their teenage sons stepped in and took the mother's side of the table, and it was through the front door in no time.

The family members had been working hard, moving their belongings out of their old townhouse on Sunday and into their new apartment on Monday, Kearney said.

One of the most noticeable differences in the new apartment was its consistent heat, Lane said.

The townhouse where they lived for 11 years was drafty, she said.

Tenants not only will have more consistent heat, but they also can expect to pay less for utilities, because of the design of the new apartments and their new heating systems, said Kelsey Smith, a member of the management staff who is working on tenant relocation.

Construction began in August, with townhouse units being demolished in phases and replaced with new apartment buildings.

Construction has progressed smoothly, other than occasional delays because of weather, according to Charles Allen, a principal in Evergreen Partners.

"The winter's not doing us any favors. It's made for extra work -- no surprise," he said on Monday.

Once the first round of moves into new apartments is completed, the next round will begin in June or July, when a three-story midrise building on the Hudson Avenue side of the complex is expected to be ready for occupancy, Allen said.

Some two-story apartment units along Hudson Avenue are expected to be ready around the same time.

The last of the townhouse units is expected to be demolished in July or August, with construction of the last of the new apartment units completed in the spring of 2009, Allen said.

He said one of his pledges when he ran for office was to make the town house complex a better place to live. 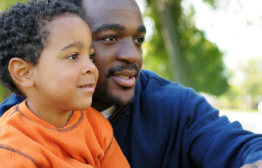