WATERTOWN — Plans have gone a bit under the radar for a Massachusetts developer to move forward with a $20 million project to acquire and rehabilitate six low-income apartment buildings in the city.

But Evergreen Partners LLC, Ipswich, Mass., finalized the approximately $3.2 million deal to acquire the six properties on Dec. 19, and work is scheduled to begin next week on three of the buildings.

Charles E. Allen, a principal for Evergreen Partners, said the “total rehabilitation” of the buildings containing 115 units will cost about $17 million.

First made public in the summer of 2015, the deal took some time to complete, said Michael A. Lumbis, the city’s planning and community development director.

“I think it’s been kind of quiet, but I think it has great potential to make an impact, especially since it’s six buildings in six areas and neighborhoods of the city,” Mr. Lumbis said.

“Everything you touch in an apartment is new,” Mr. Allen said.

The rehab work will be done in stages, with units in the Mullin, Academy and State street properties starting first.

Tenants will have to relocate to other units while their apartments are completed, Mr. Allen said, adding that residents will pay the same rent after they move back.

The project to renovate all six buildings will take about 15 months. Six fully handicapped-accessible units also will be added to the Mill Street building.

Qualifying low-income tenants occupy the units, which are subsidized through the U.S. Department of Housing and Urban Development Section 8 program.

The properties were acquired under separate partnerships from local real estate developer Brian H. Murray, who owns Washington Street Properties. All six will be under the control of Evergreen Partners, Mr. Allen said.

Mr. Murray’s company had acquired the six properties in early 2015 before deciding to approach Evergreen Partners with the deal to sell them. Mr. Murray thought that Evergreen was better suited to operate them because of its background in owning 7,000 low-income housing units in about 13 states, Mr. Allen said.

The $20 million project will join two other more publicized major housing projects that are planned or underway in the city. Neighbors of Watertown Inc. recently started a $15 million construction project to renovate the Brighton Apartments and four low-income senior citizen housing buildings in the city. COR Development Co. plans to build 108 apartment units and about 30,000 square feet of commercial space at the former Mercy Hospital site off Stone Street. 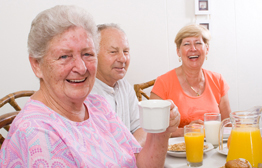